Last Sunday, a friend and I walked outside after eating dinner to find this: 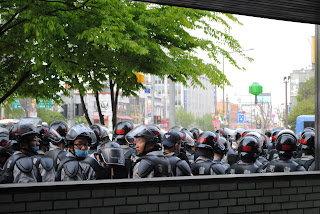 There were police officers everywhere in full-riot gear.  In this photo, you can see them on both sides of the street. 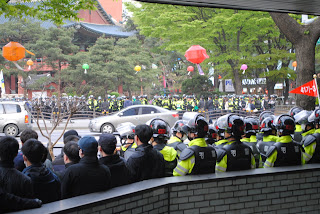 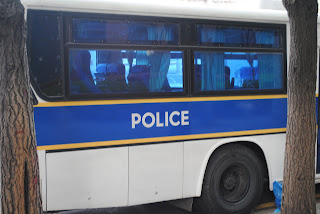 Police on every corner for miles and miles.  We couldn't help but investigate what was going on.  Everytime a foreigner saw us on the street, they stopped us to see if we knew. 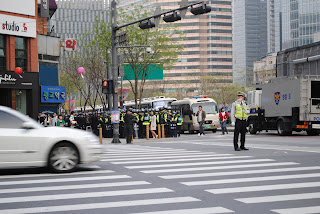 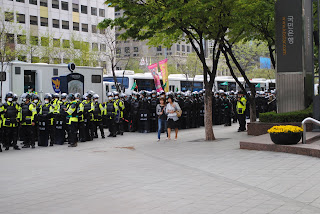 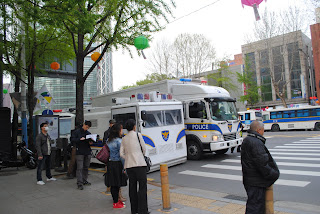 I believe this is a truck with a big shield to keep people back. 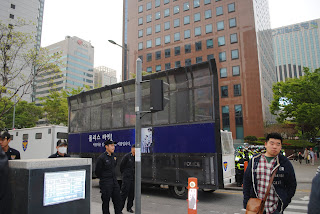 Police buses lined up as far as you can see. 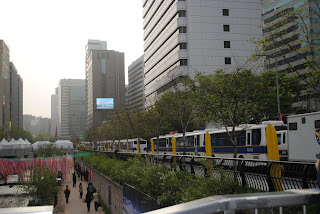 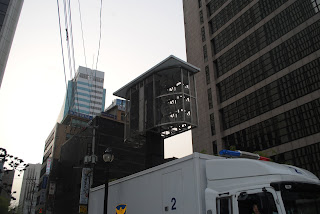 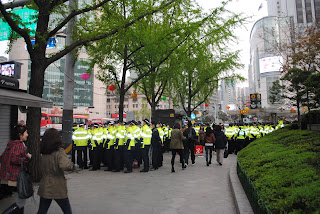 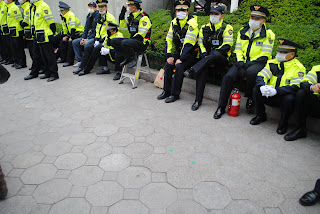 Finally, we approached the "area of concern."  Just a bunch of Koreans holding workers' rights and chanting.  No real threat. 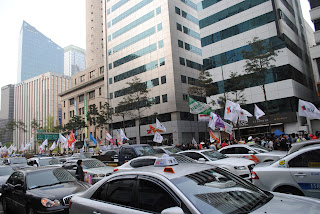 Unless, of course, you consider the men and women on wheelchairs asking for equality in the workplace. 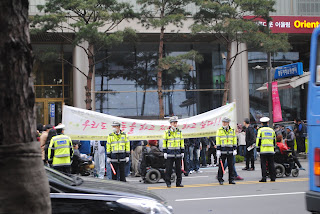 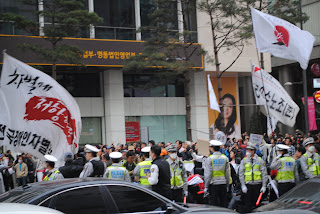 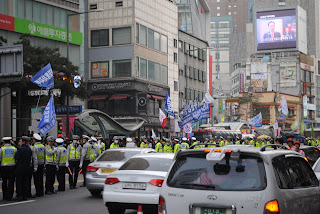 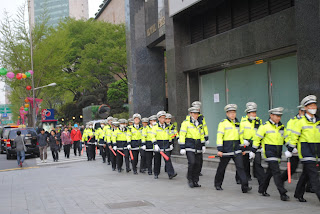 Finally, as we were leaving I remembered it was May Day - International Workers' Day.  Other than a few organized chants, I feel this demonstration was pretty harmless.  So, remember next time you see something on the news...it's not always as it seems.  We saw at LEAST 1,000 police officers - more police than demonstrators.
Posted by Katie's Korean Adventure at 5:05 AM