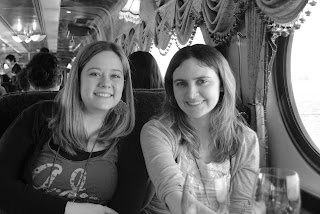 Last Saturday I went on the Wine Train with a few wonderful friends.  The train picked up in Seoul first and then Suwon so I didn't even have to make the early morning run into Seoul - which I do all too often. 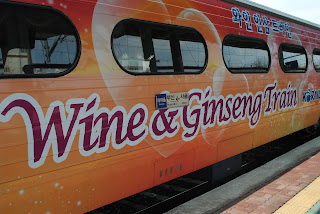 We rode along to the Chung-cheong Province while tasting different wines and snacks.  In case you haven't heard me complain about cheese in Korea yet...just take a look at the cheese offered with our snack platter.  Ya...that's about all Korea has to offer unless you take have a CostCo membership and want to bus forty-five minutes.  If you can't clearly see it, you can always click on the photo to see it bigger. 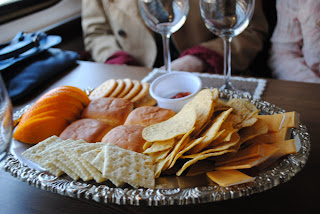 It was decorated, Korean-style, of course;) 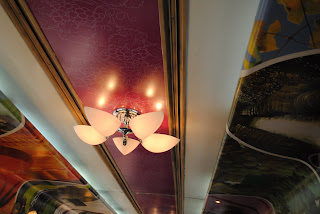 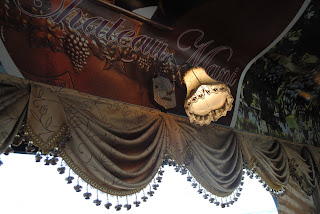 Once reaching our destination in the Chung-Cheong Province, we stopped at the #3 bathroom in Korea.  Yes, there is a Korea Toilet Association that rates bathrooms across the country (which you would think would mean bathrooms would then be stocked with toilet paper, soap, and towels/working hand dryers - you're lucky if you get 2/3).  It was decorated and had 3/3.  My only problem with this bathroom was that the toilet paper was still outside.  Many times in Korea there is one or two big dispensers on the wall near the sinks.  When you have to go #2, it's really tough (and embarassing) to estimate how much you're gonna need...just saying.
Some bathroom decor. 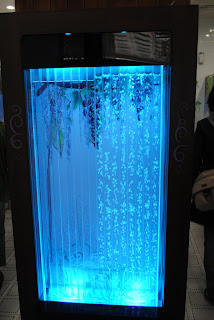 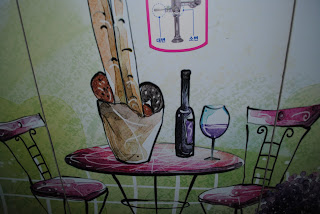 We headed over the vineyard/winery area for a buffet lunch with all-you-can-drink wine. 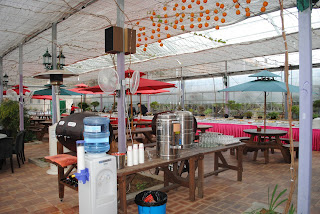 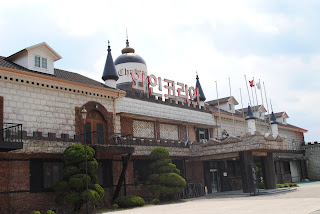 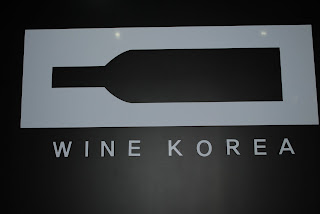 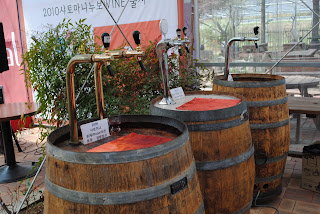 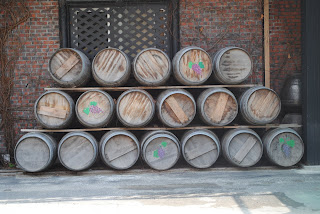 Many famous people store their wine in this wine cellar... 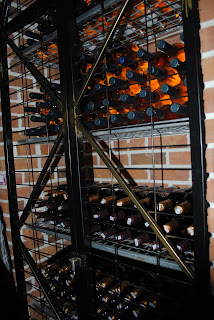 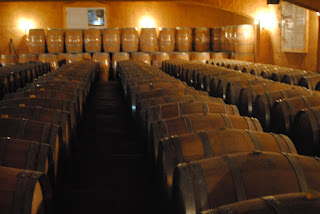 Then we made some wine soap.  The former Miss Grape (no lie) helped us. 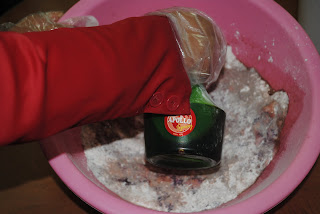 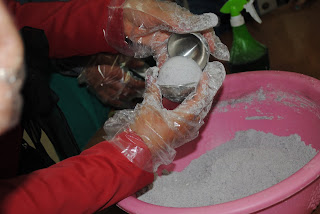 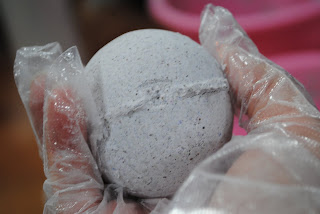 Next we went out to the wine foot baths. 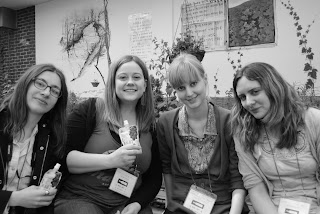 They have us grape juice to drink while we soaked our feet in warm wine. 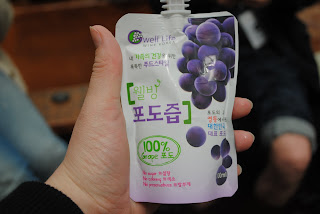 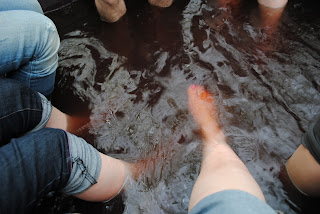 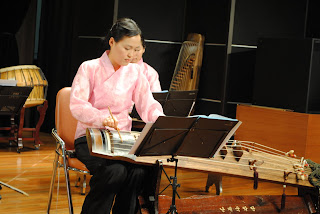 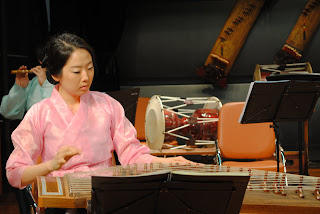 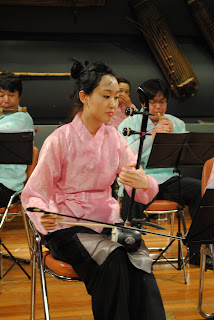 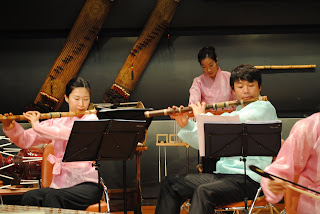 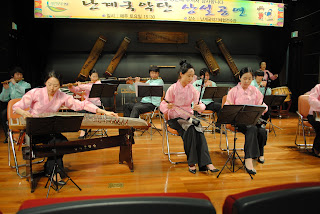 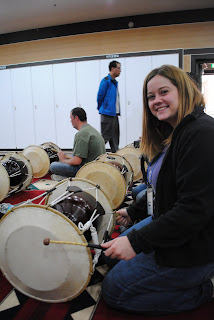 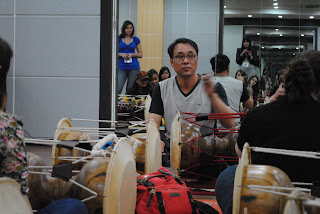 Guiness Book of World Records - Biggest Drum in the World:) 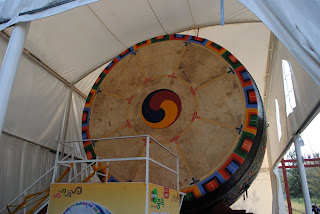 Then we headed back home on the train for some more wine and snacks. 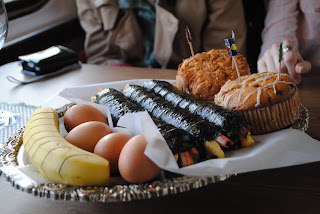 Someone asked about the view from the train.  There were beautiful mountains, but you know Korea...most of it was...apartments. 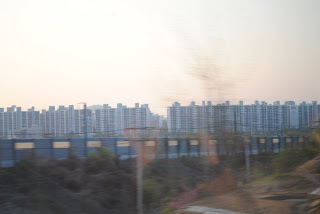 The worst part of the trip was that I decided to go on a group tour with all foreigners.  If anyone wants to go on the wine train, my suggestion is:  Don't go with wayguks (foreigners)!  Just go on the normal tour with Koreans, you won't have English translation but the unfortuante immaturity that comes with many young foreigners in the country will make it 99% less enjoyable.  One guy got so drunk he shit his pants!  No lie!  During the traditional music performace one guy walked in late because he went and bought soju and chips and walked in the front of the music hall to get a seat while drinking his soju and eating his chips.  And another girl who was listening to her IPOD during the perforance broke out laughing histerically.  I could go on for days about this.  It was so embarassing!!!
Lastly, I'm sure you are wanting to ask about the quality of Korean wine.  Well...let's just say they're not a world leader for a reason;)
While it may not be Chilean wine, it was still enjoyable.  All-in-all it was a great day trips with the girls.
Posted by Katie's Korean Adventure at 4:43 AM

Email ThisBlogThis!Share to TwitterShare to FacebookShare to Pinterest
Labels: Outside of Seoul/Suwon