Well...I'm back in the Great ROK (Republic of Korea for my friends back home)...home sweet home...almost...
My welcome back to Korea started on the flight home...well, a cancelled flight home where I had to bus an hour to another airport and wait several hours before they could put me on another flight...plus some extra airport fees (insert eyeroll here).  I always seem to have problems when flying.  Once I finally got on the plane, an ajuma (Korean middle-aged woman that I could write an entire post on later) yelled at me for putting my luggage in the overhead bin too close to her seat...rarrr... Welcome back to the ROK!
Other than my last issue, my trip in Japan went pretty smoothly.  I was only there a few short days and I had to fit in as much as I could...which meant I was pretty exhausted by the end of it.  I will write a post on each thing in Japan that I saw but first I will just write a few things about some general or misc things I saw/learned in Japan.
Often times you will see no smoking signs outside...loved it! 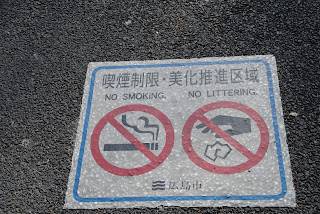 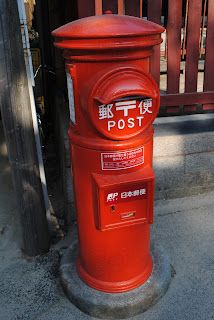 Often times the bathroom are TINY...so they have this nice toilet that offers a sink on top once you flush the toilet. 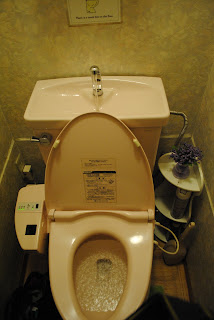 Kawasaki...ok, not sure on the brand...but these are pretty cool... 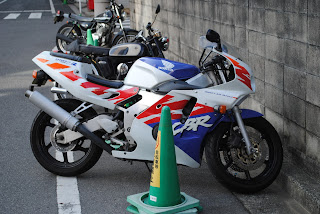 Wow...I didn't realize how much the Japanese ride their bikes.  It makes sense and it's amazing, I just didn't realize.  It was the same way in China...but not at all in Korea.  You hardly see people riding bikes here. 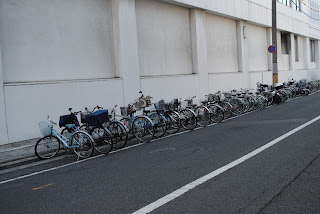 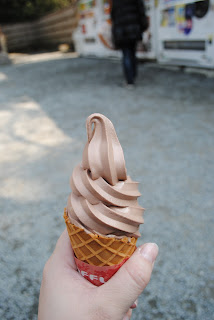 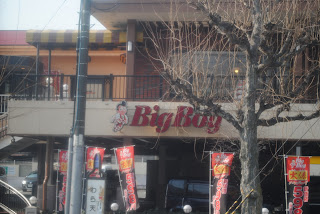 These were Korean tourists...notice the man carrying is girl's bag... 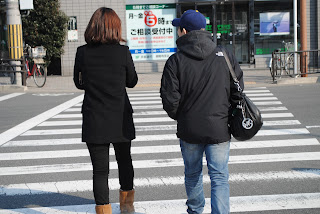 Mike popcorn...thought of my dear brother:) 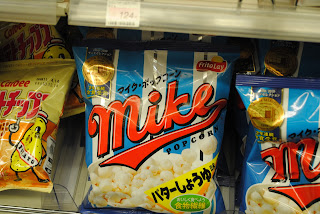 Looks like this lady is heading out for a jog...but she's drinking a beer??????? 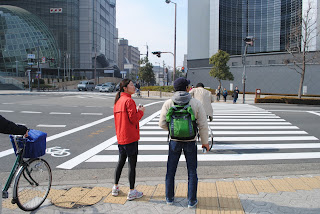 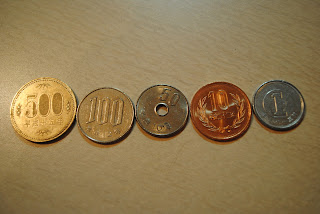 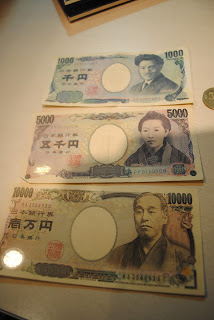 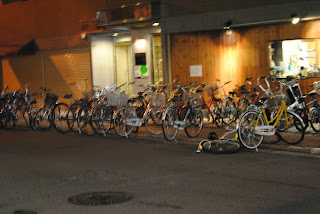 I didn't realize Japan drove on the "other" side of the road, did you?  It took some getting used to because it follows suit in other ways.  For example, you walk down the street on the left side and pass people on the ride---I kept running into people at first.  It took some time to get used to. 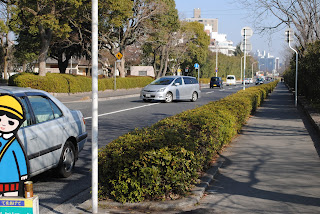 Vending Machines.  You can get just about anything you'd like out of a vending machine...seriously.  I know we have a wide variety of vending machines at home...and I miss that because Korea is seriously lacking in that department.  You will find at least one vending machine in Japan...anywhere...it's amazing.
You can buy your cigarettes in a machine (accessible to anyone regardless of age). 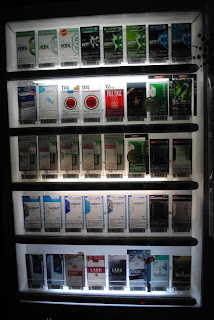 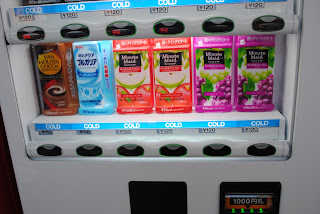 This is the usual lineup.  Beverages, ice cream, and ramen cup noodles.  Even if you get tea in a can through a machine, it still comes out hot. 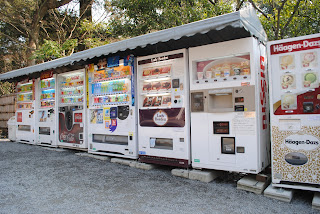 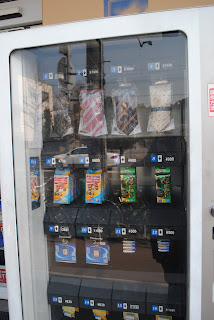 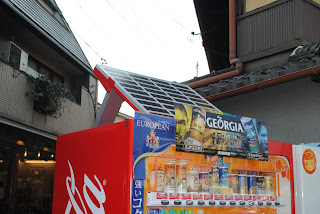 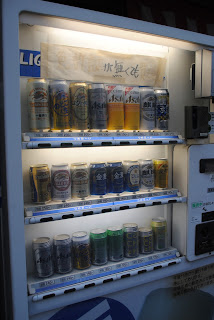 More cigarettes.  It's amazing how common these are for how often you can't smoke in public.  Many times you will see 4 cigarette machines lined up.  In Osaka, I actually saw stores that cigarette companies sponsor for people to come in and smoke when they are in outside public areas where you cannot. 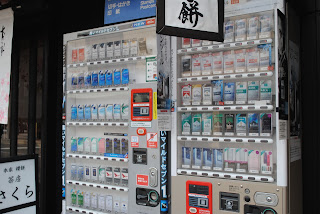 I had a hard time pronoucing anything... 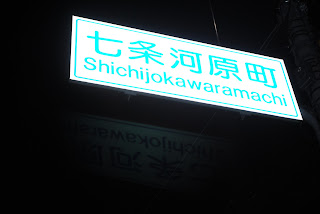 I've showed pics on this blog of squat toilets, very popular in Asia and I hate them! 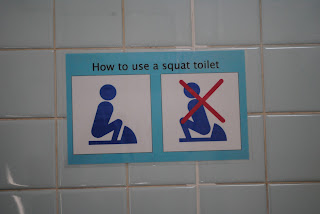 This is for filth putting...hehe... 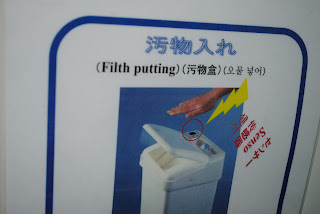 So...I guess it's reversal...Asian tourists need to know how to use the western toilets too... 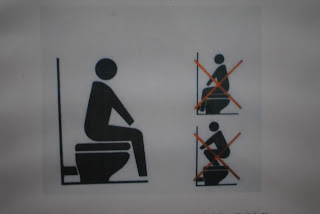 ﻿
Ok, so not the most exciting Japan post...I'm exhausted and lacking creativity...but there's more to come!
Posted by Katie's Korean Adventure at 5:48 AM