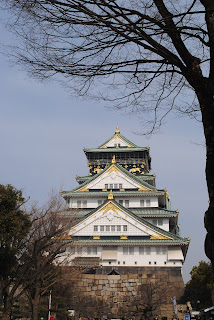 Osaka Castle was my last sightseeing adventure before catching my flight back to Korea.  The Osaka Castle was built by feudal lord Hideyoshi Toyotomi in 1583.
The area around the castle was beauitful.  It was a common place for locals to relax, run, or take a walk. 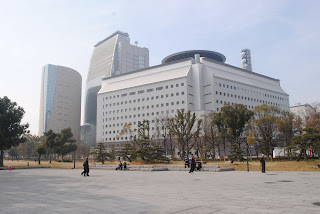 I was a big fan of the moat! 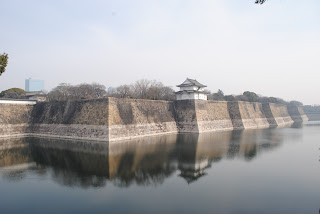 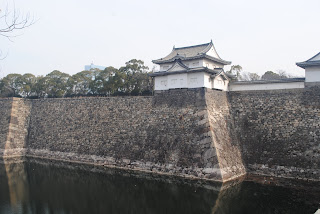 The stones used to build the castle were enormous. 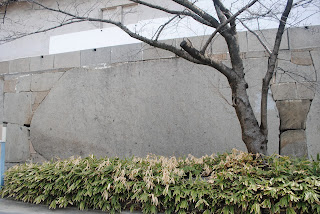 A man on a bike stopped to talk to me.  At first it was nice he was trying to show me around, but I would have learned a lot more if he would have just let me stop to read the signs in English because he couldn't speak English at all.  He got to be quite the nuisance because he kept pointing me away from the direction of the castle that I wanted to see (probably because you had to pay money to get in); so I did an old-fashioned look over there and quickly snuck into the ladies bathroom.  He took this photo before I ditched him.  He kept wanting to take my photo by these things and not with the castle. 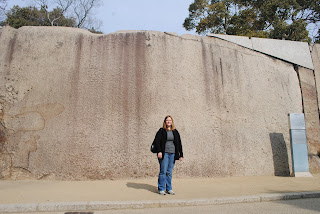 In the castle, you could go to the top floor and look out at the city.  What a nice way to look over the kingdom. 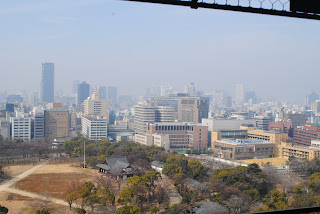 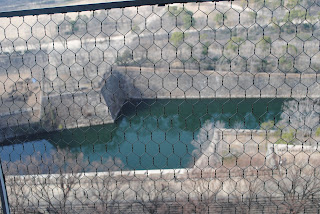 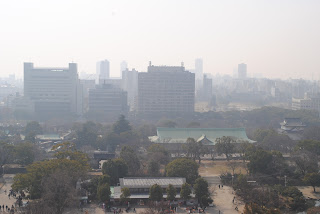 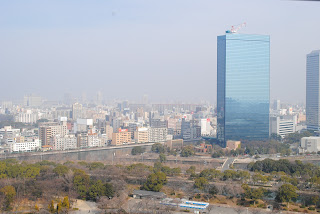 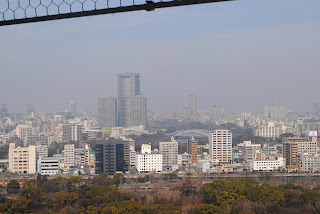 The rest of the floors were a museum.  One point I found interesting was that the man who built this castle was born of a poor farming family.  He distinguished himself as a great leader while serving under Nobunago Oda, who was trying to unite the country.  When Nobunago died, he succesfully united the country and built the castle. 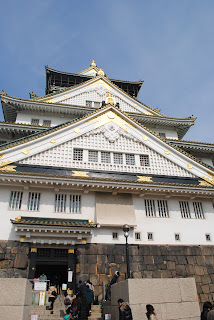 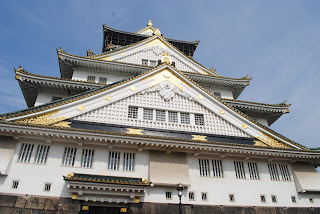 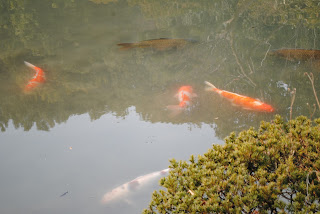 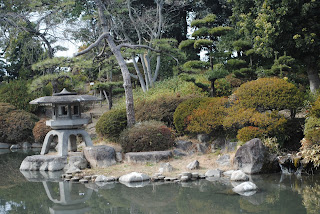 Before getting on the bus to the airport I went to the Dotonbori area once again and stopped at a famous restaurant called, Chibo. 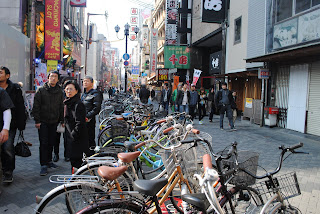 I had okonomiyaki, a pancake stuffed with cabbage, meat, cheese, etc. drenched in sauce.  It was delcious and too big to eat.  I would have never imagined eating something like this in Japan. 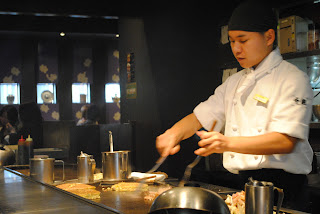 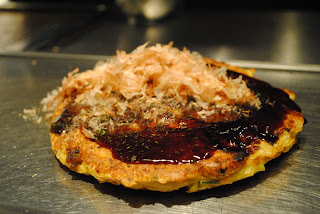 I had a great time in Japan.  I squeezed a lot of things in a very short time.  My entire body was sore by the end of the trip.
Posted by Katie's Korean Adventure at 7:03 AM