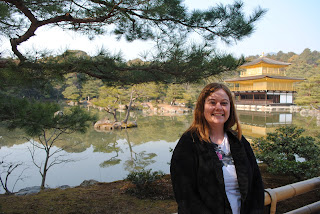 Kinkaku-ji, also known as The Golden Palace, was built in 1393 as a retirement villa for Shogun Yoshimitsu Ashikaga.  (If you have to look up what Shogun is, like I had to, its a hereditary military dictator of Japan).  The entire top two floors are completely covered in gold leaf.  He lived here in luxury while as many as a thousand people died each day from famine, earthquakes, and plague.
After his death, his son turned it into a Zen Buddhist Temple in accordance to his father's wishes.  At this time it was traditon and many of Kyoto's temples are former retirement villas. 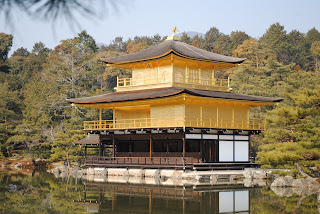 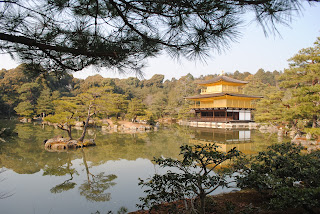 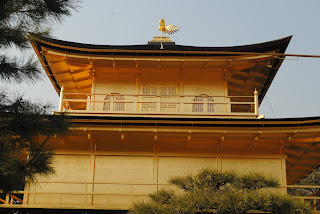 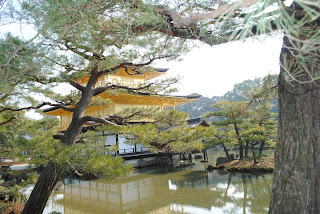 Many people tried to throw coins into the middle. 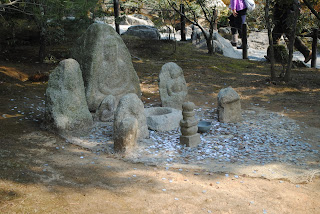 Must be Korean tourists...men carrying their women's fake Louis Vuitton... 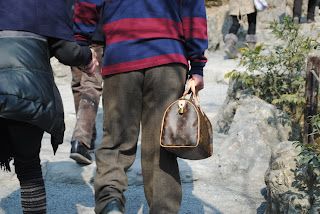 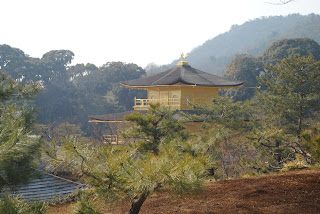 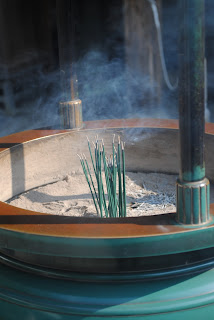 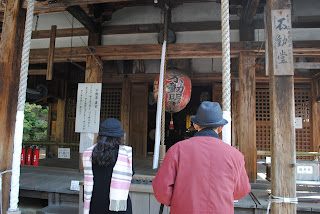 The Golden Palace was beautiful, both the temple itself and the garden and grounds.  Something unlike any temple I had seen before.
Posted by Katie's Korean Adventure at 6:28 AM