Before going to Japan, I had no idea that geishas still exist.  Although their numbers are declining, the geishas still remain an important part of Japanese culture.  The Gion District in Kyoto has the most exclusive and well-known geisha districts in Japan.  It is located near the Yasaka Shrine.  The Gion District was built to accomodate the needs of visitors to the shrine and thrived.  The movie, Memoirs of a Geisha, was filmed in this district.  I need to watch it again, it will mean more now.  Movies are so much fun to watch after you've been there (but so annoying for the people who are with me watching it).
A common misconception of geishas in the western world is that they are glorified, high-end prostitutes.  Although some areas of Japan may have had some prostitution quite a few years ago, it was brief and not the intention of the real geisha.  During World War II, women dressed as geishas and marketed themselves to U.S. military -- mispronouncing them and calling them geesha girls.
The modern and traditional geisha is an artist.  She plays several traditional Japanese musical instruments, sings, and dances.  Basically, the job of a geisha is to entertain (not sexually).  And this entertainment is NOT cheap...it costs thousands of dollars and an introduction.  Even with all of the money in the world, you still can't get an appointment without a proper introduction.
While some may consider a geisha submissive, many consider geishas as feminists.  In history, a woman married young and had no say over her life.  A geisha is able to study, work, and life somewhat independently.  The modern geisha is a very successful businesswoman and geishas even belong to a union!
The following photos are of the Gion District in Kyoto.  The "ochaya" or townhouses/teahouses are places that traditionally geishas would entertain their guests.  Now-a-days this still happens, although a lot of them have turned into restaurants for the tourists:( 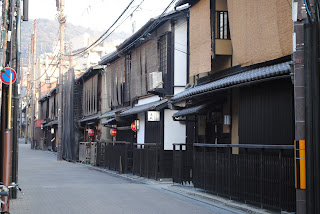 I walked along these streets for a long time in hopes to catch a glimpse of a real geisha!  I feel a little silly now, but at the time---I was on a mission! 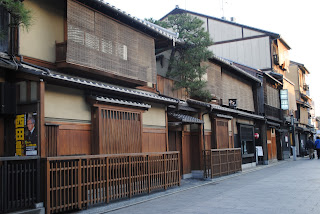 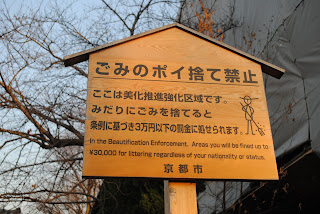 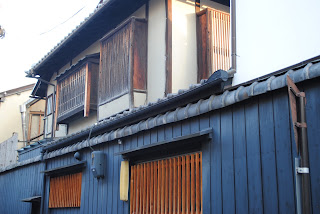 They seem dark and boarded up but I read that inside is quite spacious, luxurious, and longer than one would expect.  They even have outdoor courtyards and skylights.  The whole thing is so misterious! 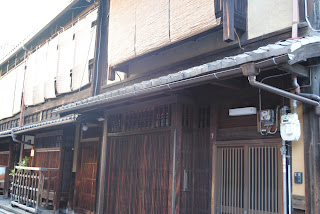 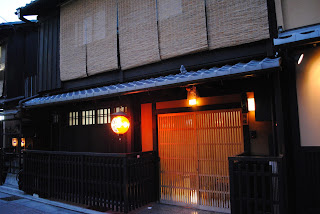 This house is the most famous in the geisha district.  I wish they had a coffee shop across the street cuz I would have been a loser enough to sit there all day.  After my geisha sighting across the street, I saw a woman who told me she saw 20 geishas go into this house within a minute and then an entourage of business men followed...I was 30 seconds too late!  This little curtain adds to the misteriousness as well.  You see a man walking around and all the geisha's shoes and men's shoes sitting outside the door...if you are a real creeper, like me, you get excited when the sliding door would open...but it would just be the doorman again... 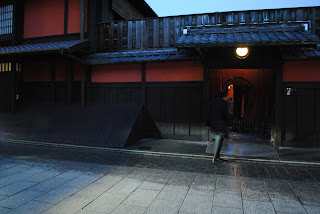 The house from another angle. 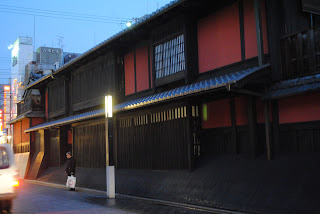 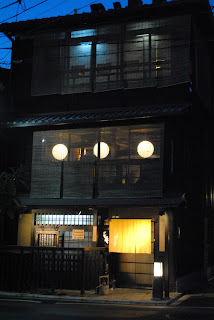 Bam!  Geisha spotting!  I actually saw a geisha on a secluded street before this one but she was moving so fast I couldn't get a photo.  She turned a corner and disappeared.  You can often see geishas in this area walking to their appointments.  So here I was, happy to see a geisha, sad that I didn't get a photo...and there was another one!  She saw me pull out my camera and wouldn't cross the street.  Then when I put it down she moved very quickly on those platform flip flops. 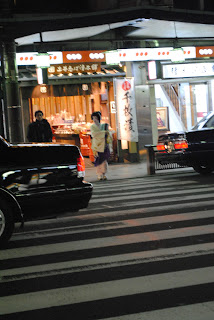 A little blurry...but I got one!  She was so pissed.  I had no idea they would be so angry when people took their photos.  This must happen all the time (although I saw no one else taking photos), this is a tourist neighborhood.  Hey, try being a white girl visiting China--I was photographed left and right... 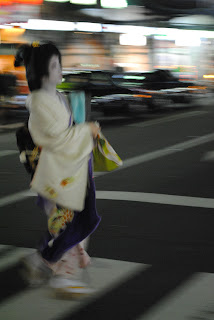 So...in between scoping out the Gion District, I checked out the Shrine that brought the district to this area. 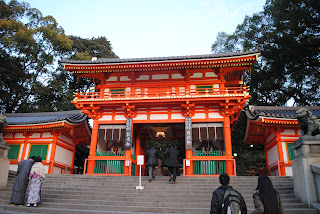 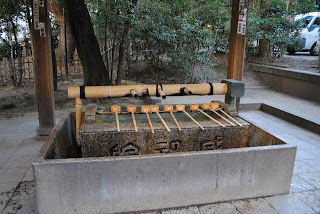 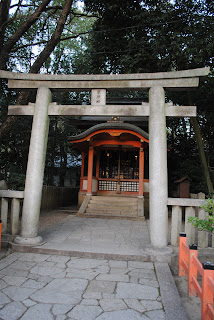 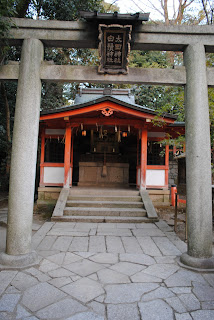 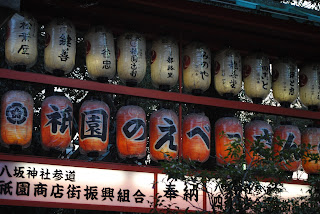 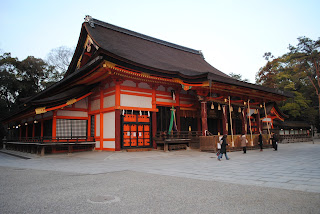 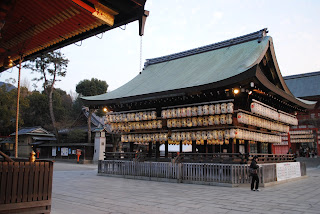 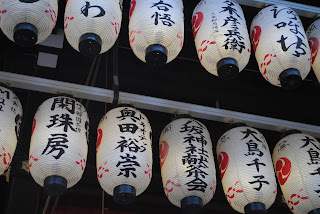 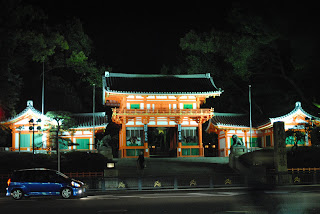 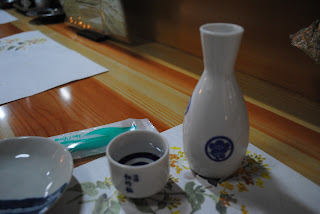 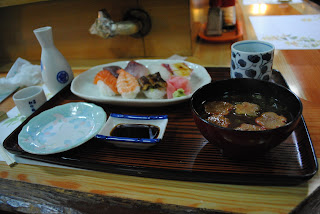 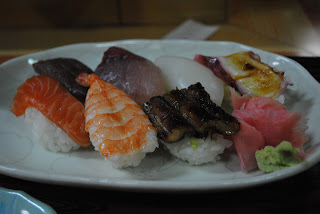 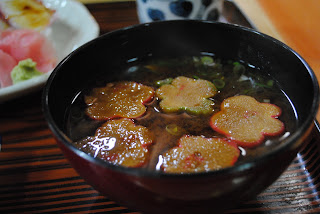 The end.
Posted by Katie's Korean Adventure at 3:44 AM