haha...okay, I couldn't resist.  You must recognize dong from all those letters you are sending me (wink, wink)...Cheon-Cheon Dong.  Dong is Korean means neighborhood...but you must be careful not to exaggerate the "d" because ddong (똥) means dookey!

I actually live right in the middle of two neighborhoods but this is technically my neighborhood according to my address. 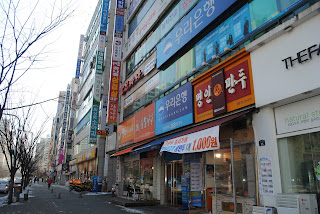 EVERY neighborhood has a....
Paris Baguette... 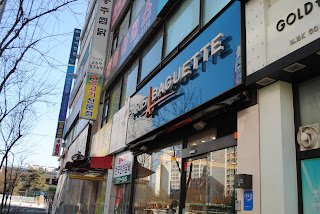 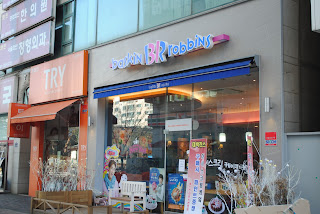 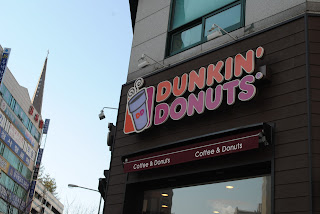 ...and waaay too many phone stores! 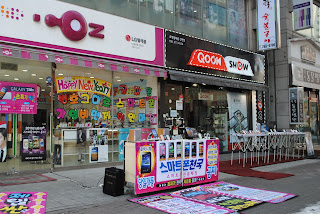 When I first got here this was tough to navigate.  Around my house most of the bus schedules are only in hangul (Korean) but after some practice...no problem! 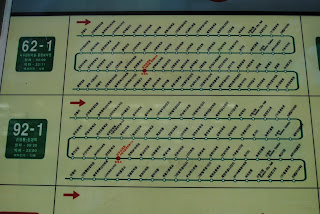 It's too cold to clean the buses...usually they aren't dirty. 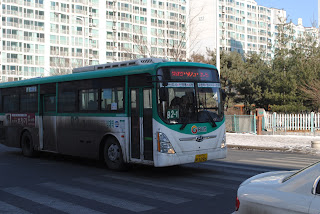 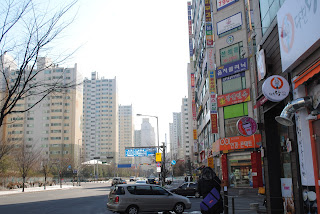 These are like store fronts...at night everything is lit up.  I heard a "newbie" comment on the neon lights a few weeks ago...I forgot that wasn't normal. 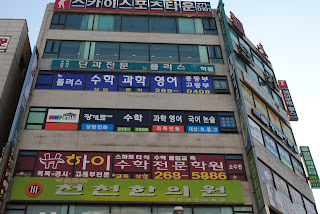 Korea is full of these tall, almost identical apartment buildings.  The first time I went inside one, I was amazed by how nice the apartments are inside. 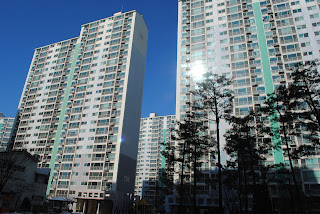 Outside a seafood restaurant on my walk home. 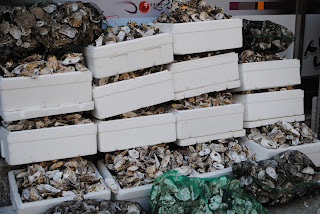 uhhhh...  Korea isn't really used to snow...the cold, yes...snow, no.  There isn't really any such thing as salting and sanding.  So...whereas in Minnesota we can drive/walk through anything...doesn't work that way in Korea...A) Because they're not used to it and B) Because they don't salt or sand ANYTHING!  This is a typical sidewalk I get to skate through everyday.  Smaller sidestreets look just like this too. 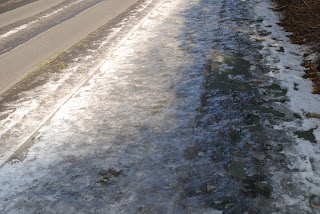 Moving or having a large appliance delivered?  This is how it's done.  I've seen this done on the really tall apartment buildings...a little scary...imagine a washing machine doesn't get strapped down properly...ahhh! 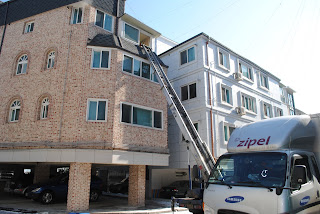 Well...I guess that summarizes my dong.  I will take some pictures of my other dong...Sungkyunkwan University (성균관대) soon...that neighborhood is a little more exciting.
Posted by Katie's Korean Adventure at 1:58 AM

Email ThisBlogThis!Share to TwitterShare to FacebookShare to Pinterest
Labels: Suwon