Last weekend I finally convinced a friend to head to the aquarium at Coex Mall in Seoul to see the penguins my students had been telling me about.  It wasn't all that exciting...but it was still a very crowded, yet enjoyable Sunday afternoon.
A two-headed turtle!!  H wouldn't turn around...I think he felt ashamed:( 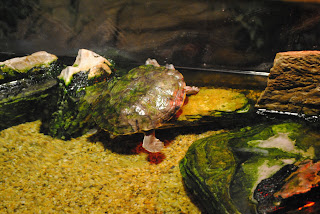 It's hard to take photos through glass... 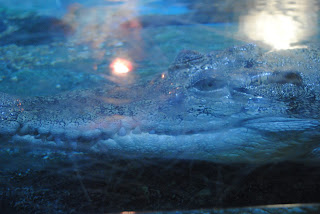 I thought this guy was really cool!! 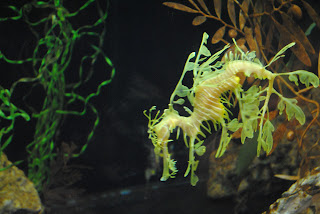 They saved the best for last!  I had to go through the whole aquarium wondering where the penguins were and they were the last exhibit. 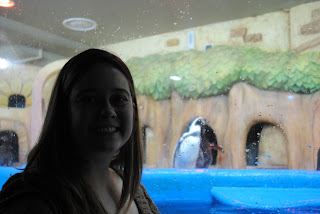 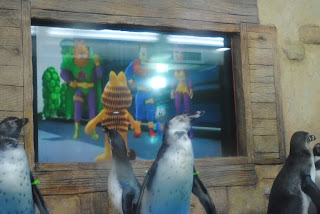 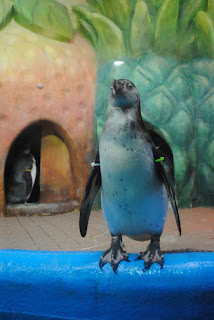 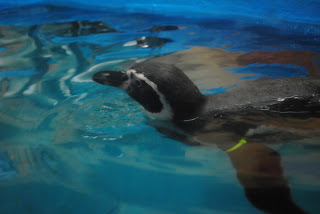 These were 'almost' identical to the ones I saw in Chile.  The penguins I saw in Chile were near Punta Arenas and were Magellan Penguins.  These are Humboldt Penguins that have a colony near Chiloe...a city I always wanted to visit but never got the chance.  The Magellan Penguins are slightly larger.
Next stop will be the 63 Building where I read online that you can PET THE PENGUINS!  I hope this is still true!
Posted by Katie's Korean Adventure at 4:17 AM