There are many reasons why there are so many foreign English teachers in Korea!  Everyday I hear of silly things that Koreans are taught in their English classes in school.  For example, the difference between the and the (theeee and th-uh).  They are taught and tested (even in college) that you say theeee when it is before a vowel.  Theeee animal, not Th-uh animal.  Hmmmm....am I missing something or is that just a load of crap?  It's possibly an oooollld English rule but certainly does not apply today.  They are tested on something like this, but not taught how to spell or use spell check/dictionary properly, pronounce properly, etc.  Several English teachers had no idea that the short "I" sound even existed.  It's hard for them to pronouce, but they should at least know it exists.  It is "it", not "eat".  It's hard to blame them because they've never been taught this in school.  This is why it is important to have foreign teachers in Korea.
Here is my collection of poor English and some other random things I think are funny.  Some of these are repeats from previous posts.
Clearly, one of my favorites.  I wish I were from Boston, MASSACHUBATTS.  I also like that it was established in 1600...even before USA! 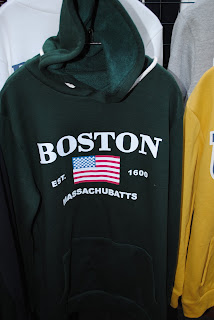 Ok, a simple spelling mistake...but how many trucks like these are driving around Korea? 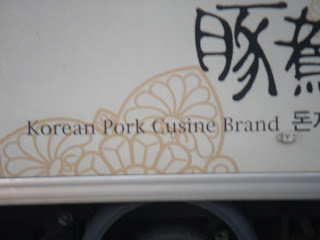 Where's Waldo...can you find it??  I have a sharp eye for these things.  I was so excited to buy a Y-Shit. 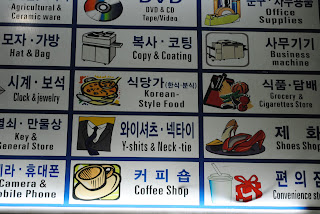 spell check, please!
A friend also noticed something funny.  If you read the hangul (Korean writing) it is Ebal---add Konglish accent...equals Evil.  I'm not getting my hair cut there! 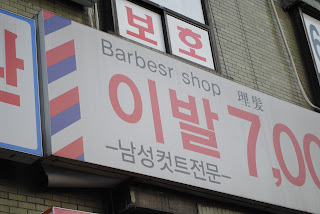 haha...not English errors here...just like the slimming Jiggle Gel!  This store once handed me samples of whiting cream...to make my skin even more white.  Yikes!  When I bought pressed powder in Korea, I had to buy the darkest shade in order for it to match my skin.  lol...everyone wants white skin! 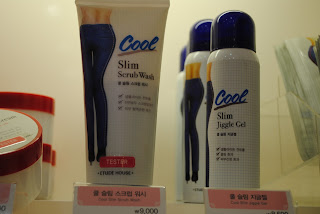 I sent this one to Cake wrecks.  It's a great blog.  Google it if you are ever trying to pass the time.  I found this cake at CostCo.  No errors, just silly. 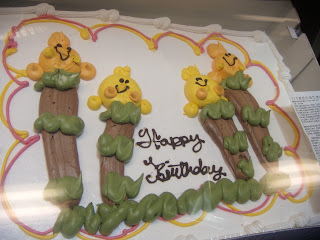 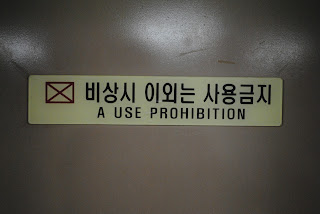 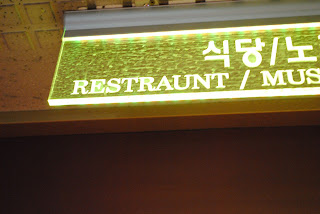 Why does a man directing traffic become "Best Driver?" 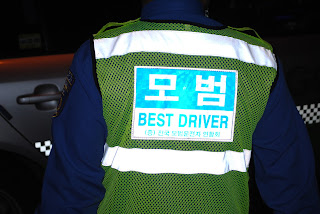 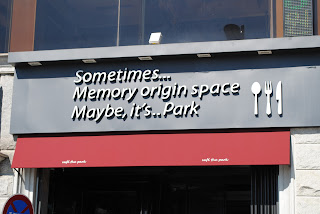 I had to sound this one out... 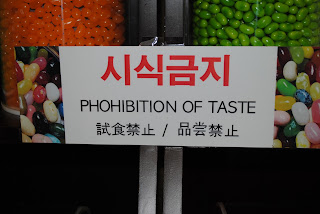 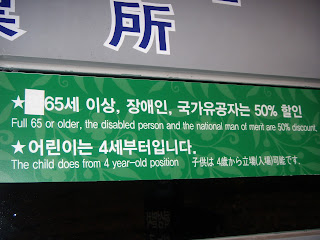 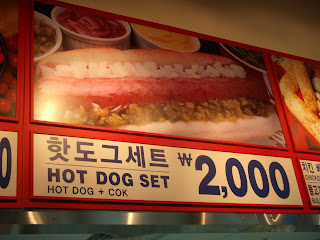 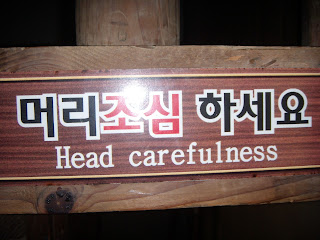 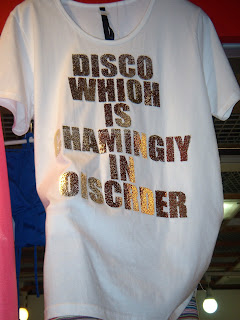 My 1st grade student wore this to school one day.  After he wore it a few times, we had to call his mom to explain why this wasn't appropriate to wear at school. 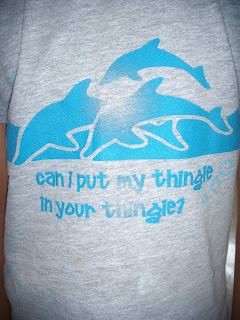 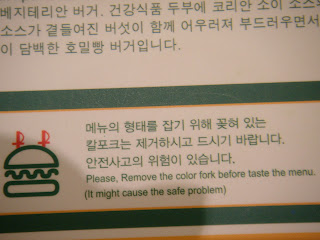 Notebooks always have some interesting slogans.  My favorite was one that said in the front, "Virus Story."  I wish I would have bought it...or at least taken a picture.  That store has now been converted into a coffee shop.  Stores in Korea have high turnover rates. 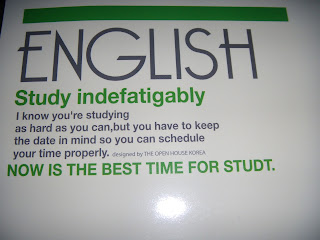 Koreans have a hard time distinguising between the "v" and "b" like many other languages...such as Spanish.  For example, It's berrry nice to read Movidic! 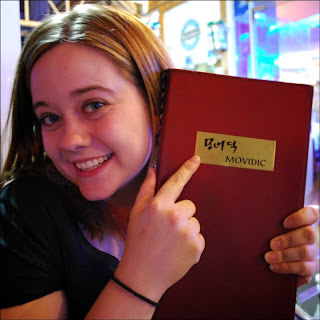 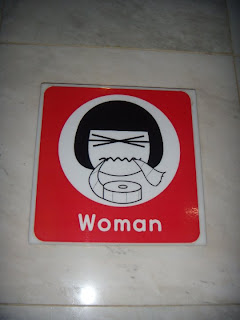 The napkins are better than the food at Han's Deli.  No English mistakes here...I'm just not going to make any love with Han in or out of his deli. 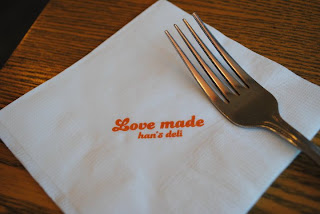 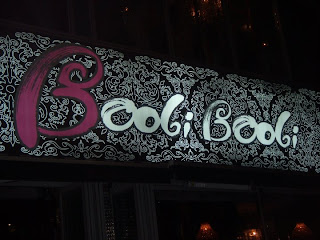 Well...I can promise you, there will be more to come!
p.s. I'm not claiming to be perfect at the English language...and I know I have spelling errors on this blog once in a while (I can't get the spell check to work, Blogger!)...but I believe we should be checking these things out before posting on a sign, making a t-shirt (or y-shit), etc.
﻿
Posted by Katie's Korean Adventure at 2:48 AM