I went ice skating last weekend in Seoul.  It was a beautiful outdoor rink...and like anything in Korea, it was crowded!  It only costs 1,000 won (about 85 cents) for admission and skate rental combined!  You can't really go fast because there are so many people but I definatly improved on my weaving in and out of traffic skills.  I was lucky not to be taken down by anyone.  Several innocent ice skaters were knocked down by beginner skaters.  Just part of the fun of living in a crowded country;) 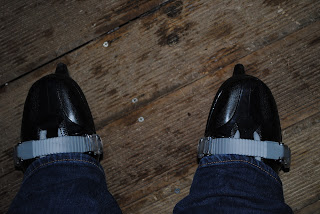 Skating in beautiful downtown Seoul with a beautiful Christmas tree 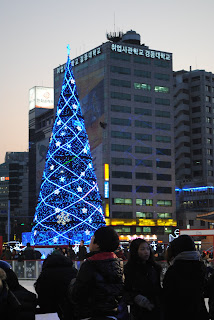 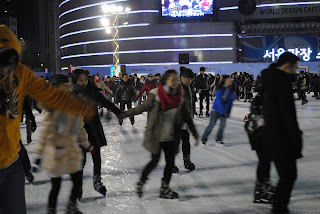 Posted by Katie's Korean Adventure at 5:55 AM