Another Dose of Korean Cuteness...

Are you needing a little more cuteness in your life?  Well...look no further.  It's been a few months since I blooged about my students.  No matter how frustrated I may be, these students really know how to put a smile on my face!!

6 year olds in Lemon Tree Class.  Poor Sunny never really smiles:(  Matthew is the little guy of the class and Alex is trouble! 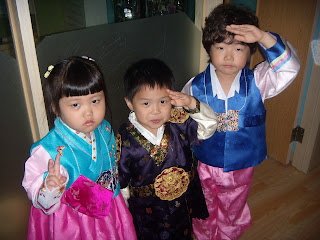 Matthew is such a cutie!!  Quite a while ago, Matthew cut open his finger and had to get stitches.  I teased him and said I bet a bear attacked him.  Then one kid in the class said with a smug grin, "ya, a TEDDY bear!"  They are so clever.  I love it when they can make jokes in English. 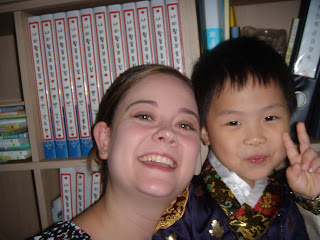 Bini attacking Samuel  because he didn't want to take his photo with a girrrrrlll.... 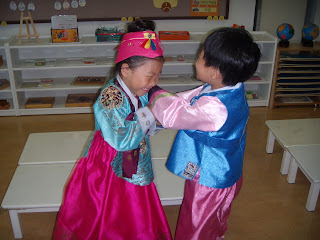 Nice photo, Samuel...I'm sure the ladies love that smile:) 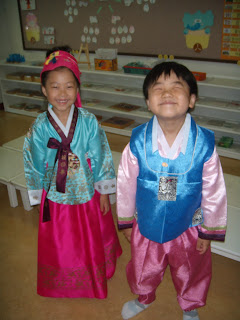 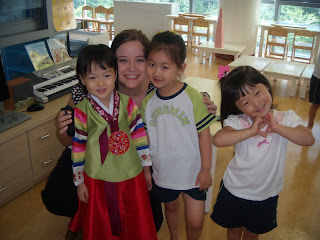 The elevator is always packed...we can get over 30 kids in there! 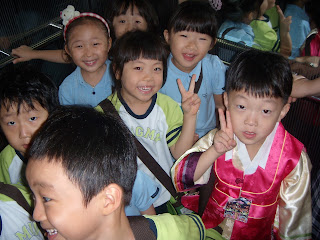 Laura and Alex.  Laura is very, very smart.  Everyday she says, "I love you Katie Teacher, I'm happy to see you!" 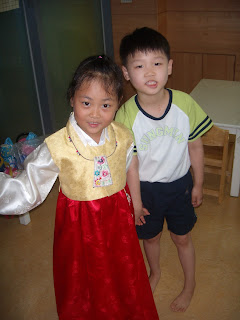 Eileen and Bob.  I call him, Bob-o.  I don't think I've shared this story on the blog yet, so here it goes.  When I first started teaching this class was on level 5:  fruits and vegetables.  The verb 'cut' is also in that level so the kids would say, "cut the pie, cut the cucumber, cut, cut, cut."  One day, someone said cut the cheese.  So I told them what that meant.  Several months later we were sitting on the story carpet and Sally said in a disgusted voice, "uuuhhh, Bob...did you cut the cheese?"  Bob is sitting criss-cross-applesauce on the carpet with a big grin and says, "I cut the cheese everyday." 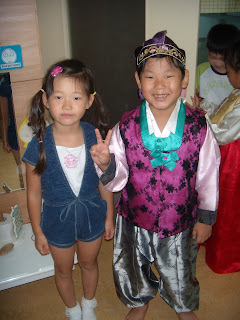 There were a lot of birthdays in Palm Tree Class this month. 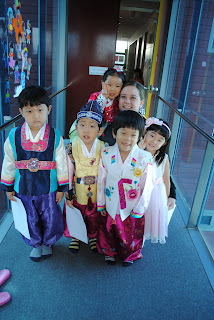 Luna.  Luna means "moon" in Spanish.  There is a Juanes song named after his daughter, Luna.  I always sing it to her...but I have to be careful so she doesn't mix up Spanish and English. 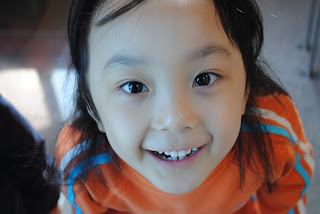 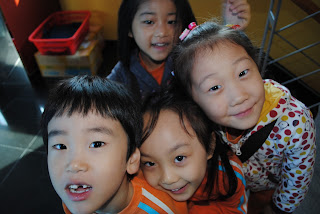 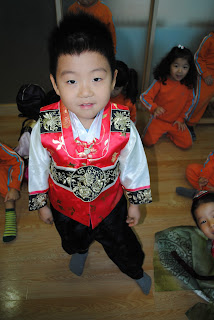 Sally (we have a lot of Sallys) drew a picture of me and her. 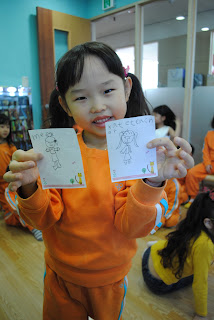 Big bows are not uncommon around here.  You even find grown adult women wearing them in the grocery store. 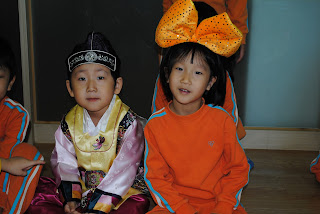 His name is Leo...but we call him Lego.  The kids gave him that nickname:) 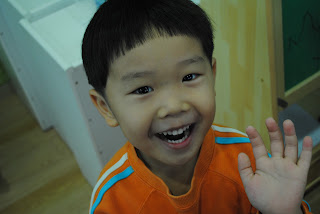 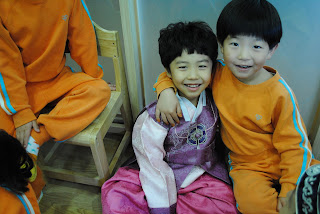 Oh....Joannna....what a princess.  Sometimes I call her Kissy because she is always kissing me...ALWAYS!  She's one of those kids that latches on to you and you didn't even see her coming. 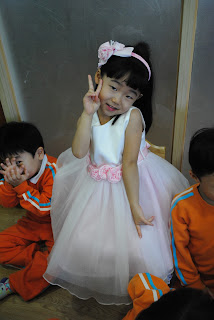 Katie Teacher...help!  Shiny is so beautiful! 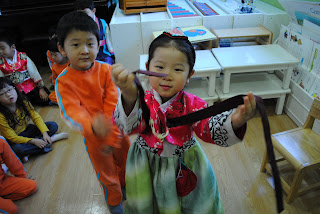 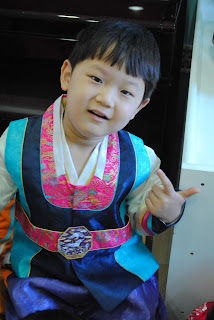 Louis...I call him Louie.  He loves to come up behind me and massage my shoulders...I swear, I didn't put him up to this!  Don't let this act fool you...he's a good student and loves his teacher! 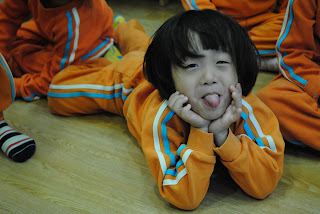 Jay.  He is going to brilliant things in his life someday.  He's very smart!  He always tattles on the other kids when they're speaking Korean in class... 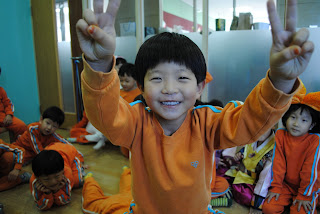 Jack.  Silly, funny kid.  He really is able to use his English skills to make us all laugh.  I call him, Jack-in-the-box or Jack O'Lantern. 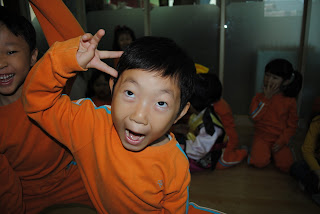 Daniel is a sweet kid and tries hard.  He's better at English than he thinks...just like his older brother whom I also teach. 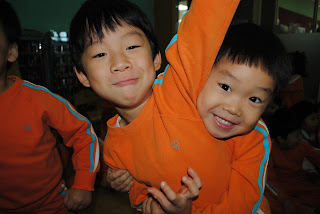 Steven is a sweet boy that always brings a smile to my face.  He is very shy...so it is so rewarding to get him to speak in English. 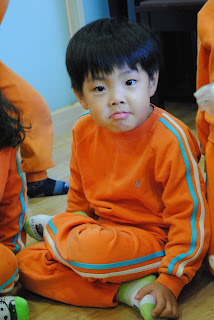 I took this photo this summer.  We don't wear shoes in our school and the after school kids throw off their shoes and run to class.  Do you think they like Crocs? 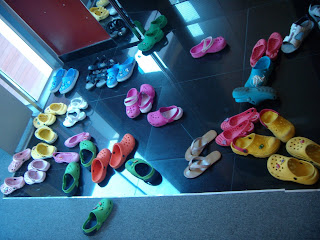 Well...that's it for now but you can guarantee there will be more photos later.  These kids make the weeks fly by.  I'm so proud of their accomplishments.  I never thought being an English teacher would be so rewarding:)
Posted by Katie's Korean Adventure at 7:06 AM

Email ThisBlogThis!Share to TwitterShare to FacebookShare to Pinterest
Labels: my students