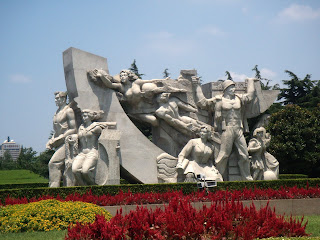 In my sightseeing ventures in Shanghai, I was either among hundreds of people or completely alone.  This was another one of those "completely alone" visits.
The Martyrs Memorial had beautiful manicured lawns, gorgeous flowers, and statues of soldiers and workers who gave their life for the cultural revolution.  You could find community members enjoying the park by doing taichi, or playing cards or mah ja dong.
But what I was most interested in was the fact that these grounds were part of a Japanese internment camp and airfield during World War II.  I guess it is depicted in the Spielberg film, Empire of the Sun, which is now on my list of movies to see.  To the corner of the Martyrs Memorial is the site of the old Kuomintang Prison where 800 communists, intellectuals, and political agitators were executed between 1928 and 1937.
I always enjoy taking pictures of signs. 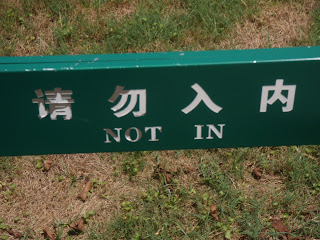 Not sure what this is...can't read Mandarin Chinese... 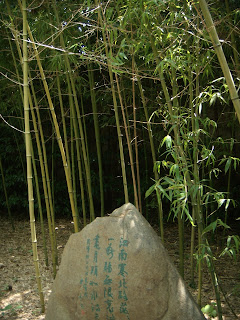 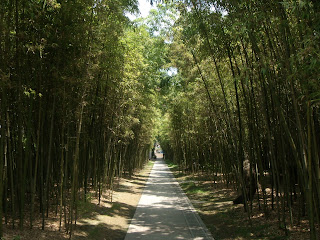 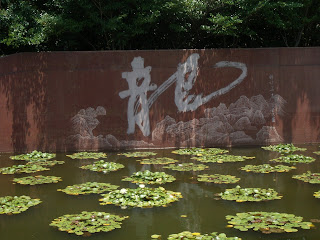 haha...I guess he didn't see the sign.  But the craziest part is...here enters me being completely alone with no one in sight.  Who does this car belong to?? 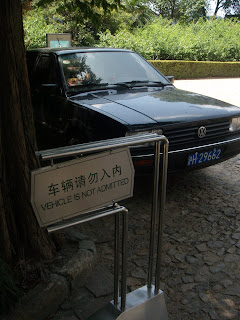 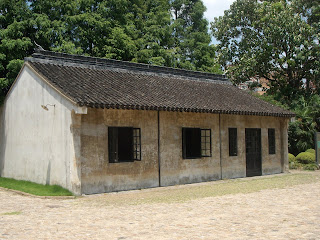 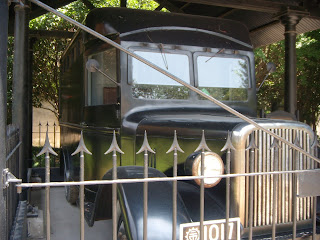 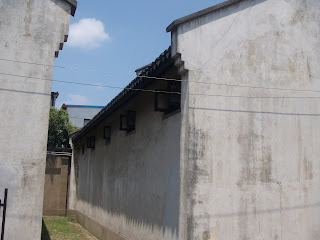 I walked in to take a peak...but I stayed pretty close to the door.  It was kinda eery... 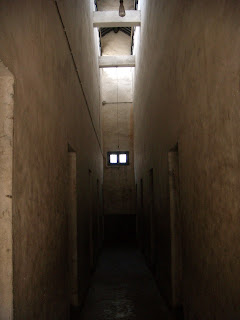 There was a museum (that was completely empty as well) next door that explained that the communists that were held up in these rooms actually continued the movement within these walls.  They had their own branch here in the prison and were able to organize several things to keep the movement going. 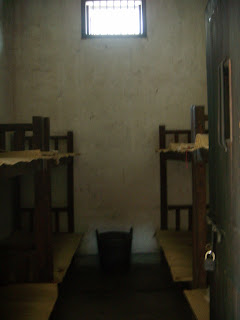 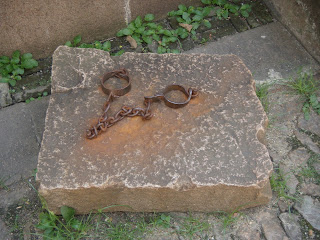 Women's prison.  Supposedly some very famous people stayed and were executed in this prison.  If I had studied Asian history instead of Latin American history in college, maybe I'd have some better information.  I didn't recognize any of the names. 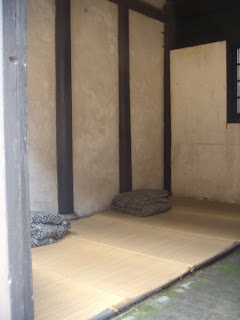 Does anyone know what these are?  I found them everywhere with no information next to them.  I'm guessing maybe solitary confinement?  But there is no front door...and several windows???? 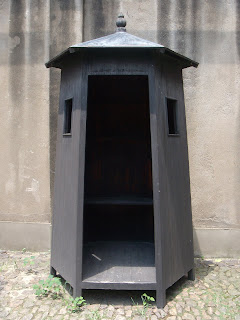 Next to the prison was an underground tunnel that took you to the execution ground.  I walked around the area for a little bit trying to:
A) Find a foreign tourist that would go down in the tunnel with me
or B) gain enough courage to go alone.
I ended up going with choice:
C) skipping it and going back to the hotel.
I really wanted to check it out...but there was no way I was going in an underground tunnel all alone, where no one was to be found...to an execution ground. 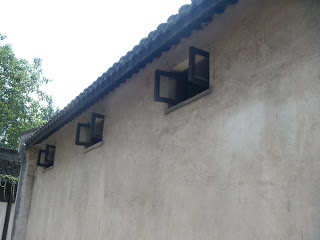 I took only one photo in the museum.  The patriotism to communism in the small prison museum was ringing quite loudly.
They must have had a hard time finding a native English speaker to proofread the articles for the museum... 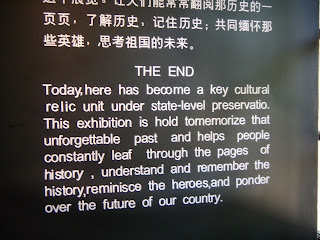 All-in-all, another good find in Shanghai.  I am glad I was in Shanghai alone, because I think it would have been hard to convince a friend to come along with me on these excursions.
Posted by Katie's Korean Adventure at 6:56 AM