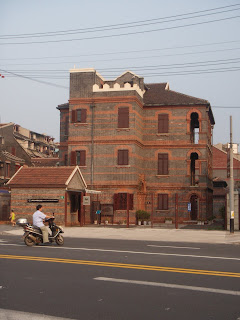 When one thinks of synagogues and Jewish refugees...I don't think Shanghai necessarily comes to mind.  I was surprised to find that over 20,000 Central European refugees escaped the Nazis and came to Shanghai.  At that time, Shanghai opened the doors to Jewish refugees by requiring no visa.  The synagogue pictured above, the Ohel Moishe Synagogue was at the heart of the former "Jewish ghetto" in Shanghai.  It was built by the Russian Ashkenazi Jewish Community in 1927.

Today the synagogue houses the Shanghai Jewish Refugee Museum which I found to be a hidden gem within the city.  I was the only person there during my visit to the museum.  They had a great historical documentary about the lives of those who escaped Europe and made it to Shanghai.

Many of the refugees eventually made it over to Canada, the United States, or even back to Europe after the war.  A few years ago they had a reunion of all those who had lived and worshipped at the Ohel Moishe Synagogue.  For those who had already passed on, their family members came to bring tribute and memory of their family member.  My favorite part of the museum was the last building where they showed pictures and told the story of the refugees.

This was on the altar at the Synagogue. 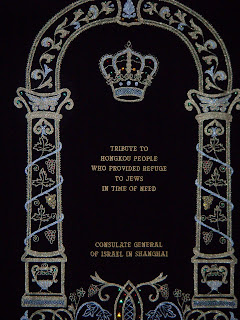 They even had their own newspaper published in Hebrew. 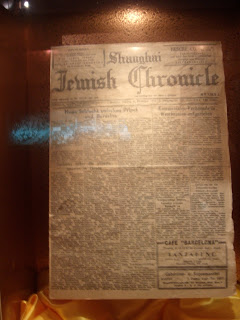 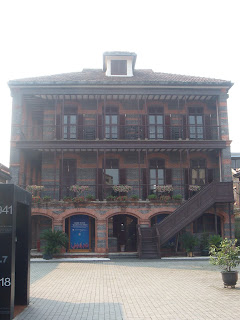 This was the area of the museum I enjoyed most.  It had so many touching stories of the refugees. 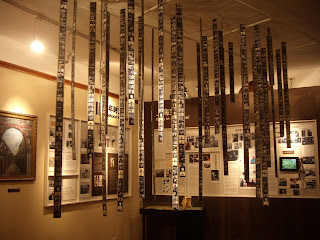 After visiting the museum, I walked along the streets to get an idea of what this neighborhood was like back when it was the Jewish neighborhood.  I wouldn't exactly say it was the nicest area of town and I got so many bad looks, I decided to turn around without photos.  Then, I ran into the Ward Road Jail.  The closest I'd like to ever come to a Chinese Prison.  This was the largest prison used by the Japanese during World War II and currently remains a Chinese Prison.  Again, this wasn't the sort of area you'd find pictured on a postcard, and I didn't seem very wanted by the locals.  So I headed grabbed a taxi and headed back to the hotel. 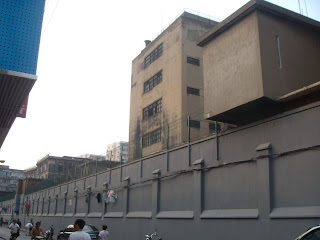 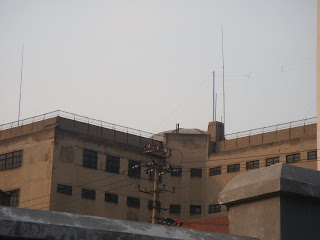 Posted by Katie's Korean Adventure at 5:05 AM