I promised myself that my posts on China would be done by the end of August...and I'm proud to have completed that goal...23 posts later!

I really enjoyed my time in China and it really makes me want to travel to so many other places within the country.  My advice if you choose to travel to China is to buy a Lonely Planet, Moon, Frommer's, or Foder's travel guide.  Not only does it help you learn of some great places to visit, but the names and addresses are in Mandarin.  It is essential that you have this in Mandarin when you step into a taxi.  Just point to where you want to go and you are on your way.  While in China, you knew who were the Asian tourists because they were traveling in huge groups with travel guides carrying brightly colored flags.  You knew who was a western tourist if they were holding a Lonely Planet guide.

Eating in a culture that is vastly different from your own can be quite a challenge.  When I first came to Korea, I didn't know what anything was and I couldn't read hangul.  My first few weeks here, I ate a lot of ramen in the convenience stores and McDonald's.  I would eat as much as I could at lunchtime in school so that I wouldn't be so hungry in the evening.  In China, I kinda of felt that again...but not as much since I had already gone through this once.  Especially traveling alone, I didn't know if there would be English or pictures.  Even with pictures you can't always tell exactly what meat you are getting...and even with English--it can be so poorly translated, you still don't really know what you are going to get.  Or worse, there is neither English or pictures.  It isn't like a Spanish where you can just look it up in the dictionary.

My last night in Shanghai I had ate the best Chinese food (second to Peking Duck).  I stopped at Shanghai Grandmother's.  In Korea, it is really awkward to eat alone.  There is a local place where I get take-out.  While I wait for my food, the lady always brings me water---two glasses.  I just don't think she can quite understand the concept that I am eating alone...and especially waiting for my take-out alone.  It just isn't really done here.  I realized it is quite similar in China.

At Shanghai Grandmother's or Grandmother Shanghai (not sure which way it goes), the couple next to me wanted to know who I was and why I was eating alone.  But they didn't speak English and I didn't speak Mandarin Chinese.  So after a rough game of charades, the table next to me was able to decipher to the couple that I was from the USA but teaching in Korea and traveling in Shanghai alone.  Then another table was getting into the conversation and I noticed a westerner...yes!  Someone to translate...until he said...parlez vous francais?  I said no...hablo espanol...nope, he only spoke French.  But being that Spanish is more like French than any other language, we tried.  So...here I am...with three tables wanting to know all about me...and none of us can truly communicate.  Through a mix of English, Mandarin Chinese, French, Spanish, charades and sign language...we got it all figured out and the couple asked me to join them at their table and eat dinner.  The best part of the story was that I saw the couple on the street the next day and they were so excited to see me.  I left Shanghai with warm fuzzies! 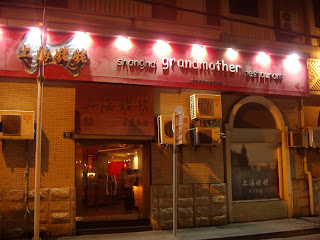 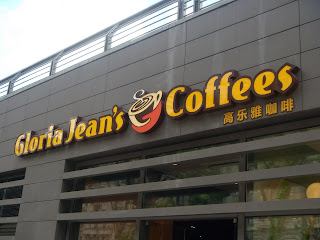 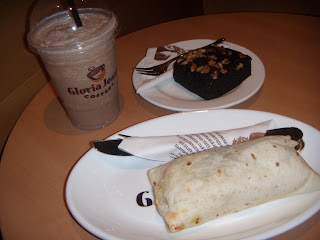 I hope you have enjoyed my posts on China.  I had a great time!
Posted by Katie's Korean Adventure at 7:14 AM