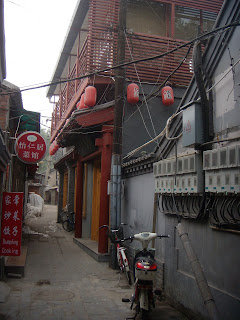 Hutongs are traditional neighborhoods in Beijing.  There are more and more hutongs being demolished every year for high-rise buildings.  However, the city of Beijing has decided to make certian hutongs "protected areas."
What is a hutong?  It is hard to describe.  From what I gather, a hutong has several alleys that are formed by putting four buildings together-a quadrangle, with a traditional courtyard inside.  They are as old as the Zhou Dynasty (1027 - 26 BC).  During the Ming Dynasty in the early 15th century, the Forbidden City was in the center of the city.  Hutongs formed around the Forbidden City in accordance of social class, being that those with a higher social class formed the first few rings around the Forbidden City and the lower the social class, the further away you were.
Taking pictures of where people live is difficult and we couldn't go inside the alleyway doors to see what the hutongs were really like.
This is a more "real" look on the outside of the hutongs. 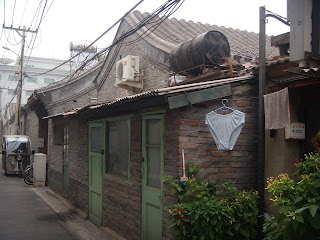 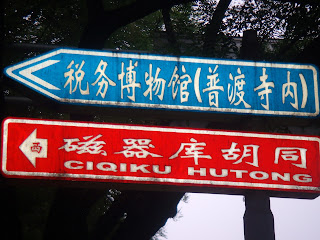 These hutongs seem to fit into the category of hutongs that have been "protected" by the government.  Inside these doors you would find the courtyard to four different buildings, making a quadrangle. 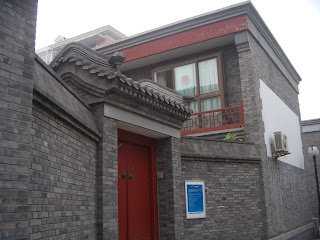 hmmm...an interesting find in the hutongs... 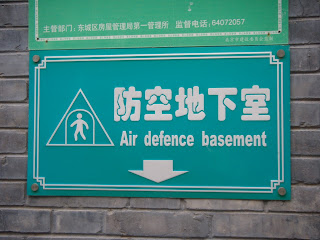 Posted by Katie's Korean Adventure at 3:09 AM