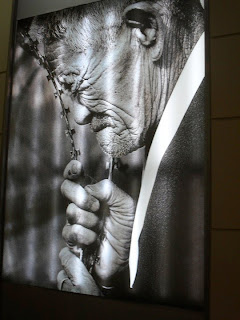 The Demilitarized Zone (DMZ) serves as a buffer zone between North and South Korea.  The DMZ extends 2 km on each side of the Armistice Line.  It is the most heavily militarized border in the world.
First we went to ImjinGak.  ImjinGak is the farthest civilians can go by themselves to the North Korean Border without permission.  ImjinGak was built to console those who had to leave their homes in North Korea.  Here, there is an altar where those who cannot go back to their homes can pray for their ancestors on New Years Day or Chusok Korean Thanksgiving Day. 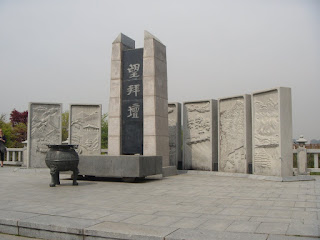 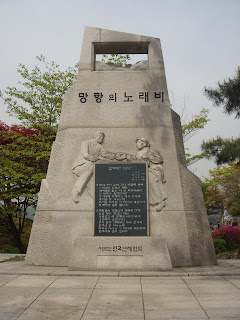 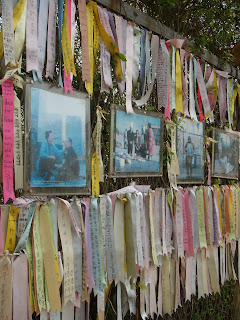 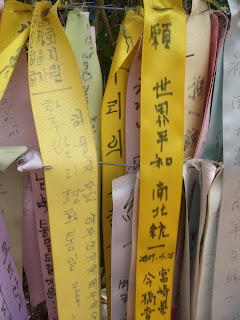 The Freedom Bridge was used to exchange prisoners during the Korean War. 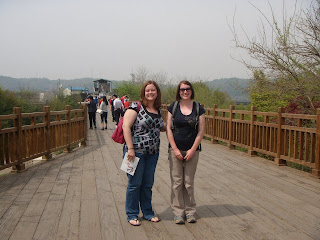 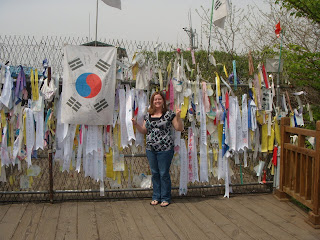 I guess this means they don't want us to go into the DMZ... 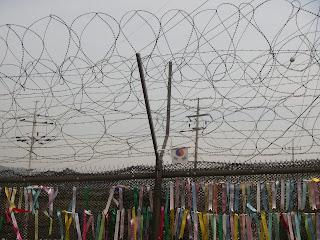 You can see the Freedom Bridge continue into the DMZ... 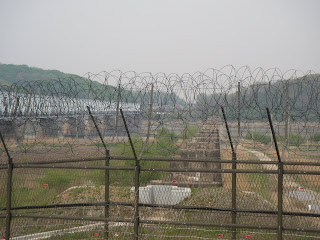 This train was shot down and bombed during the Korean War...this train used to run North and South crossing today's border. 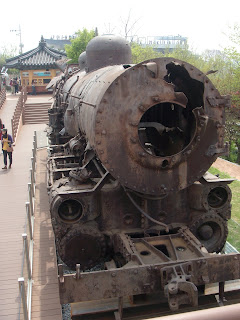 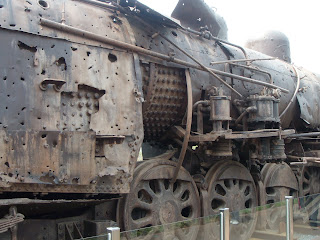 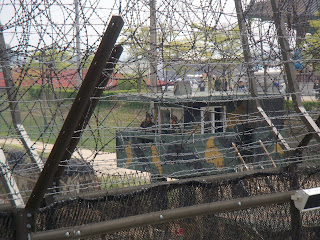 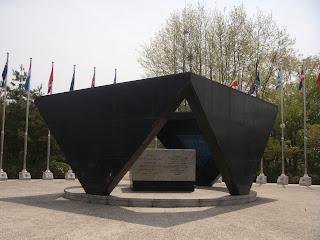 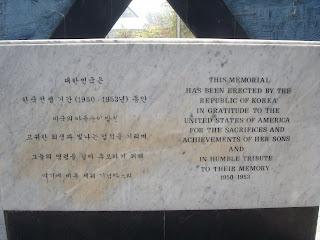 The next stop was DMZ!  We went into the DMZ to one of two small villages for lunch.  These large pots contain fermenting soy beans...which we ate for lunch. 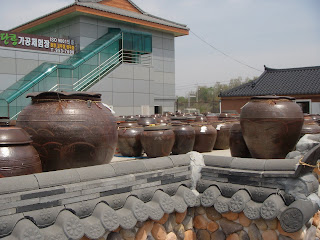 Now for the moment I was waiting for.  South Korea has found 4 tunnels that North Korea has dug to get into South Korea.  We took a look at the 3rd Infiltration Tunnel.  The 3rd tunnel is only 44 km (27 miles) from Seoul and was found in 1978.  It is 6.4 feet high (at most) and 6.8 feet wide.  It is 239 feet below the ground!!  If North Korea was successful at this attempt, 30,000 soldiers could have made it to Seoul within 1 hour!!  There are now three barricades in the tunnel.  We saw the first and there are two more after...it is heavily guarded and there are several surveillance cameras as well.  Unfortunately we could not take any pictures in the tunnel...but here are a few outside of the tunnel.
This depicts putting North and South Korea back together... 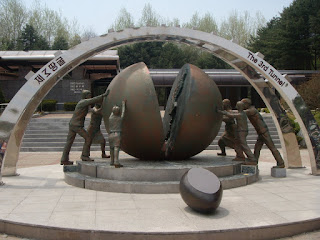 Next stop...Dora Observatory.  Here we could see a good view of North Korea.  Both its' "Propaganda Village" and Kaseong City.  The Propaganda Village is a village North Korea supposedly set up to make people think North Korea is a prosperous country.  But when looking into the binoculars, you can see no movement in the small village.  The only movement I could see was a group of North Koreans burning ditches.  Unfortunately the photo line was guarded and we could only take photos behind the line...which made for pretty much no photos of North Korea...  Here is what I got...
North Korean Mountains...that's it... 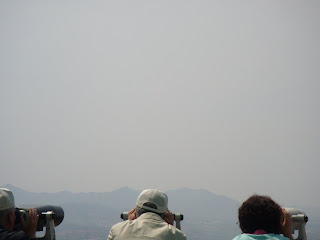 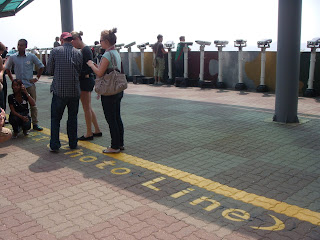 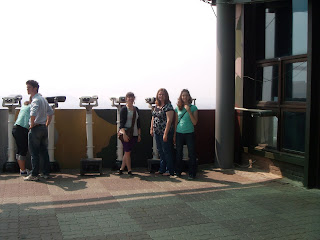 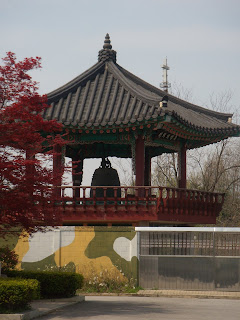 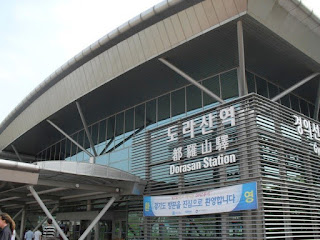 This is a wall of names of South Koreans that donated money in order to make this station possible. 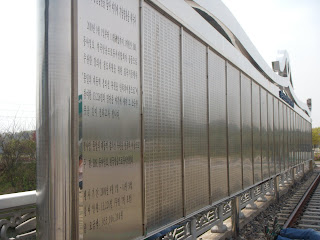 It's all ready to go...with Pyeongyang (North Korea's capital) as it's next stop... 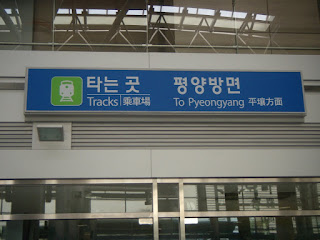 Once this line is complete...you would be able to connect the railways from South Korea to Europe!  How amazing would that be... 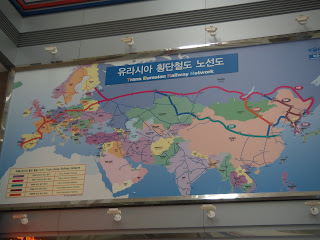 We bought our ticket to Pyeongyang for 400 won...waiting for the train... 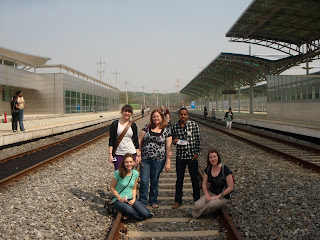 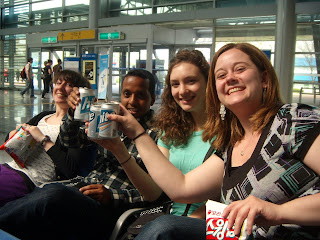 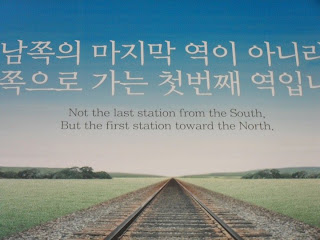 Posted by Katie's Korean Adventure at 6:23 AM

Email ThisBlogThis!Share to TwitterShare to FacebookShare to Pinterest
Labels: Korean History, Outside of Seoul/Suwon